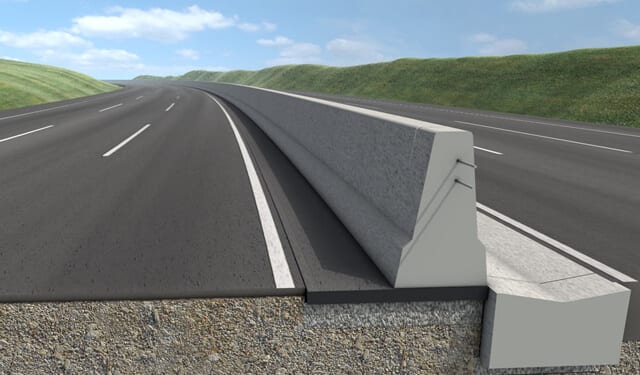 Jersey barrier is the common name given to highway concrete barriers that are used for traffic control and perimeter protection. Superficially, the concrete Jersey barriers appear to be simple. In reality, they are highly sophisticated and their design is tweaked to ensure optimal driver safety.

1. Many a times, the name “Jersey barriers” gets people wondering about the uniqueness of the name and its origin. During the late 1940s, many US States came up with their own design of concrete barriers but none of them could be considered good enough. However, in 1949, the state of New Jersey came up with the most conducive concrete structures that were highly successful in lowering the impact of collisions. From then on the concrete structures came to be called as Jersey barriers. Jersey barriers can also be referred to as K rail or Jersey walls or Jersey bumps.

2. Jersey Barriers have evolved continuously and the barriers used today are sturdy enough to prevent vehicle rollover by running the wheels upwards.

3. Jersey barriers can be made of plastic or concrete and the latter is the most popular choice. Concrete barriers come with a strong interlocking system and when appended together, they form an invincible barrier.

Purchasing Barriers? Four Factors that Should Influence Your Decision