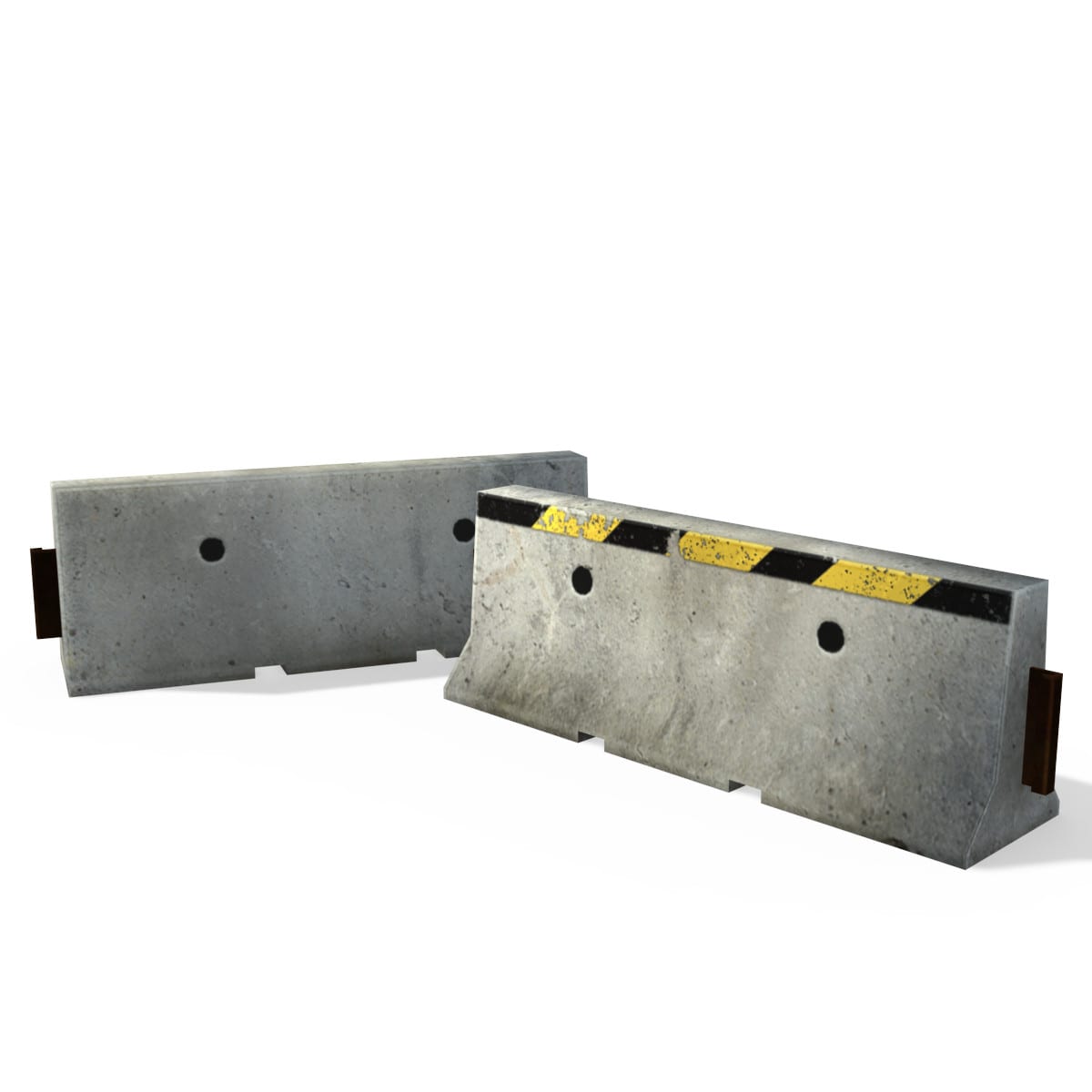 Jersey barrier is a modular concrete or plastic barrier basically designed to prevent the crossover case of head on collision. It is made in such a way that it directs the vehicle back into the traffic during the impact by lifting it slightly when riding up on an angled slope, thus minimizing vehicle damage while the driver regains control. It also serves other purposes such as,

Precast concrete Jersey barrier helps to direct traffic during road construction. It is effective in keeping the construction workers safe from the oncoming vehicles. It has a forklift feature at the bottom which makes it easily portable.

It can be used extensively in warring zones to construct road blocks and infrastructures with taller variants. They can also be employed domestically as perimeter security barriers to enforce standoff distance from important buildings and monuments.

For long term projects, concrete barrier is the most common choice. However for small jobs the cost of the concrete barriers cannot be justified. Therefore plastic barriers are used instead. It is also reusable and can be used in different circumstances such as traffic control, sewer projects, and in airports to deny access.

Jersey barriers with injected ABS frames and reflector give high visibility in traffic. It enhances and outlines the roadways for all motorists.

Due to its flexibility, Jersey barriers provide the architectural professionals many ways to blend them into the urban environment while holding on to its basic defense function requirements.

A Guide to Selecting K-Rail

Five Reasons Concrete is the Best Type of Safety Barrier

COVID-19 Update: During these challenging times, 48 Barriers remains open and available to help our customers. We are constantly monitoring this evolving situation and remain committed to the safety and health of our community.

Give us some info, and we'll get back to you ASAP!